Those who ride or repair Yamaha motorcycles are probably aware that YZF R1, FZ1 and FZ8 standard flywheel is prone to failure. The result of the magnets coming loose is catastrophic generator failure which if not caught immediately results in an expensive engine strip down to remove all the magnetic fragments of metal from inside the engine.

Classic Motorcycle Mechanics magazine readers may have been Following Paul Berryman’s R1 charging systems woes and subsequent regret for not having stripped down his engine after the rotor broke up. A full engine strip down is unavoidable to remove the metal debris from a failed rotor. This episode clearly demonstrates two things, firstly that prevention is better than cure and secondly if your rotor failed, an oil change and a prayer are no substitute from taking the engine apart to remove the metal fragments.

Prevention is by far the cheaper option but at Yamaha prices this still isn’t that cheap. We have seen OEM rotors, part number 2SH-81450-00-00 being offered for as much as £675.00! Now there is an alternative from RM Stators giving the owner that choice of an up-graded part at an after market price. The new part is precision balanced and made is to high standards so you can fit it with confidence.

Rex’s carry the up-graded RM rotor in stock (p/n RMS120-105969) available at £215.00* including UK sales tax. To compliment this is an up-graded stator featuring heavy duty 200 degree wire and quality core materials (p/n RM01303) for sale at £145.00*. We also have kit with both parts included for those unlucky enough not to have caught the problem in time.

Our knowledgeable technicians can help with other questions too, we are often asked about the regulator rectifier. An alternator that has suffered a catastrophic failure could have damaged the regulator too. The benefits of cool running MOSFET units are well understood and Rex’s have a good selection to meet most requirements.

Wiring must be to the highest standards to avoid problems. Connectors must fit and lock together perfectly and be 100% free of damage and corrosion. A connector that is not securely locked together will move under vibration causing arcing and overheating when subjected to the high currents used in today’s motorcycle electrics. Very quickly the connector will deteriorate and if left unchecked it will burn out.

Ensure you have the right connectors and wiring products on hand before starting work. RM regulator rectifiers are supplied with the opposite connectors as well as electrical compound to halt corrosion at the terminals. Rex’s also stock the extra connectors, including the type used on modern generators and regulator rectifiers along with a comprehensive a range of correctly rated motorcycle wiring products and tools. 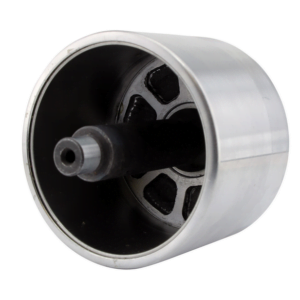 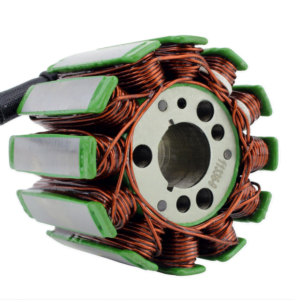 This website uses cookies to improve your experience while you navigate through the website. Out of these cookies, the cookies that are categorized as necessary are stored on your browser as they are essential for the working of basic functionalities of the website. We also use third-party cookies that help us analyze and understand how you use this website. These cookies will be stored in your browser only with your consent. You also have the option to opt-out of these cookies. But opting out of some of these cookies may have an effect on your browsing experience.
Necessary Always Enabled
Necessary cookies are absolutely essential for the website to function properly. This category only includes cookies that ensures basic functionalities and security features of the website. These cookies do not store any personal information.
Non-necessary
Any cookies that may not be particularly necessary for the website to function and is used specifically to collect user personal data via analytics, ads, other embedded contents are termed as non-necessary cookies. It is mandatory to procure user consent prior to running these cookies on your website.
SAVE & ACCEPT
Compare